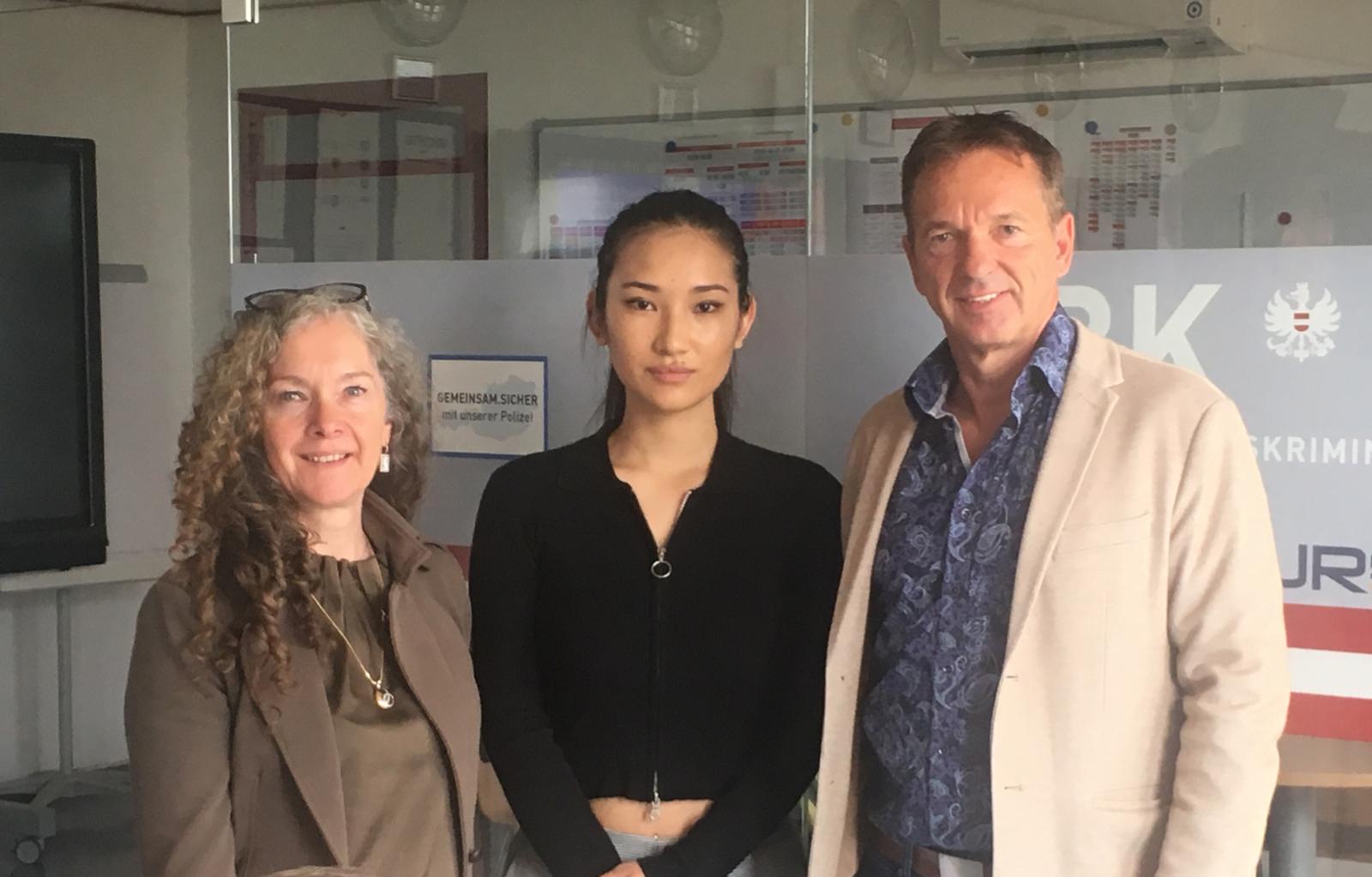 Austria and Bhutan have had long-standing relations on police level since two officers of the Royal Bhutan Body Guard and the Royal Bhutan Police participated in a 10-week training of the Austrian Special Operations Unit WEGA in 2002. This was continued by a follow-up some years later and numerous contacts and visits both on professional and private level.

In recent years, there has been a sharp rise in Internet and cybercrime. At the C4 unit (Cyber Crime Competence Center) Ms. Dorji was explained the different approaches to fight these phenomena.

A visit to Department 3 revealed how complex and multi-layered investigations into general and drug-related crime can be. The first day was rounded off by a visit to the Single Point of Contact (SPOC), the interface of the entire Criminal Intelligence Service, and also to the Language Service, where 13 translators and interpreters ensure international communication.

The second visit was dedicated entirely to Department 2 (International Police Cooperation). There she learned, among other interesting aspects, about the history of INTERPOL, International Criminal Police Organization (established in Vienna, Austria in 1923). Today this organization assists a total of 194 countries worldwide to fight crime by working together and, thus, making the world a safer place.

The Friends of Bhutan Association Austria extend their sincerest thanks to the heads of the departments and units for their valuable time and explanations.