Domestic violence is widespread in Bhut 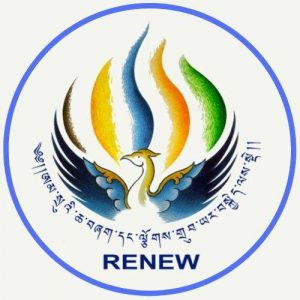 an. However, social stigmas silences domestic violence victims. Most girls and women are suffering in silence. Particularly, in rural areas women and girls face more difficulties to access justice. This project aims to strengthen legal access for victims of domestic violence in the following rural districts: Sarpang, Tsirang, Dagana, Samtse and Chukha. With funding from the Federal Ministry for Social Affairs, Health, Care and Consumer Protection and together with the Austrian organization Jugend Eine Welt, our association supports the Bhutanese women’s rights organization RENEW. So that girls and women will feel save in rural areas of Bhutan.

The close relationship between victim and perpetrator makes reporting challenging

The number of girls and women experiencing violence within their families has risen also in Bhutan during the COVID-19 pandemic. UN women even calls it a Shadow Pandemic.The close relationship and dependency between perpetrator and victim make it particularly difficult for the victim to end a violent relationship. Fear of social stigmatization often prevents victims to seek outside help. According to a study by the National Commission for Women and Children in Bhutan, two in five victims of physical and / or sexual violence (41.4%) do not report their experiences to anyone, only 11% contact the police. Talking about domestic violence is still a taboo subject for many Bhutanese women.

In order to seek help, girls and women need to feel safe. Access to legal information and possible assistance must be available to them, at all times. This is a particular challenge also in southern Bhutan. The so-called Consensus Building Initiative (CBI), an alternative dispute settlement method, provides a remedy. While serious forms of violence, such as physical and sexual abuse, must be reported, out-of-court solutions can be sought on-site for milder disputes. RENEW developed the CBI method together with the Bhutanese Law University. Volunteers, community representatives and police officers receive training on the CBI, including awareness- raising on domestic violence. This ensures fast help for victims. They can share their experiences and fears with a professional and trained person. In the future, the Consensus Building Initiative will therefore make a difference for women and girls in five districts of southern Bhutan (Sarpang, Tsirang, Dagana, Samtse and Chukha).

According to the World Bank’s Women, Business and the Law 2021 report, women still have only 75 percent of the legal rights of men, on average around the world. Bhutan scores 71.9 out of 100. The overall score for Bhutan is higher than the regional average observed across South Asia (63.7). However, Bhutanese women  still do not have the same rights as men. The worst inequalities are found in family law, labor law, and their rights to own property.

In Bhutan, around 70% of women’s jobs are in the informal sector and thus dependent on social interactions in public space. This means that particularly women are dependent on economic interaction in public spaces. Strict government measures to combat the corona pandemic and the temporary complete shutdown of the public sector have pushed women back to their private sphere. Consequently, women’s economic and productive lives have been affected disproportionately and differently from men. In a country where two in five women experience intimate partner violence in their lifetime, these measures have exacerbated already ingrained inequalities and harmful practices against women. With this project we support Bhutan in achieving SDG 5 gender equality and SDG 16 peace, justice and strong institutions. 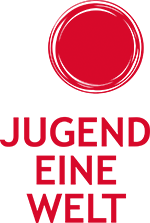